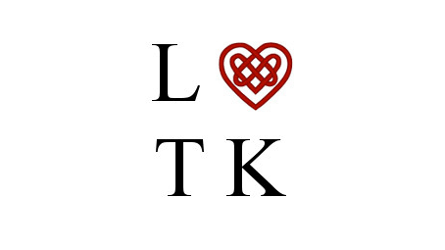 FREE SHIPPING ON ORDERS OVER $100

Please note that the size guide is simply a guide to hopefully help you make the best choice when purchasing your LTK Co jewellery.

There are many factors to take into consideration when measuring, including the build of the person, their height and also what kind of fit they actually like. The sizes illustrated on the models are a guide only.

If you need more assistance, please chat with us or message 0415233446. Please also check out our returns policy and FAQ’s

*Please note that a 45cm is more of a choker style in Men's Sizing. If you have a muscular neck, a 45cm might be too small and a larger size is recommended.*

How to measure your wrist for the correct bracelet size:

2- Hold where it meets back around to the starting point.

3- Take a ruler or tape measure and measure the piece of string from the beginning point of the string to where your finger is holding.

4- Pick the closest sizing from the drop down menu on the bracelet you are buying.

Note: All of our bracelets are measured from clasp end to clasp end.

Firstly, Garnet is the perfect crystal to heal rifts and hurt caused by a parent or friend. It helps kids clear out hurtful emotional feelings and allows them to move forward and forgive. Not only will this allow them to see clearer it will also give then the opportunity to make better decisions. Ultimately it can help bring parents, children and families closer together.

Additionally, Garnet is the best crystal to wear in time of crisis. Kids can wear their Garnet necklaces to bring out their courage, inner strength and show them that they can tackle any issue head on.

Garnet was highly used by Native American Indians as a protection talisman and used in many rituals to call on the higher Gods to place a protection barrier over their Tribe. Kids can wear their Garnet necklace as a protection amulet.

Handcrafted in Redland Bay Queensland, this rustic leather bound genuine Garnet crystal ranges from approximately 3.5cm to 4.5cm from top of loop to tip of crystal. The lock in stainless steel magnetic clip on your Garnet necklace is very strong and therefore allows you to be able to put it on and take off in literally a second.

Because Garnet occurs naturally from the Earth, these stones will always be unique in clarity and colour.

There are no reviews yet.

How To Choose My Crystal

100% Australian Made and Owned